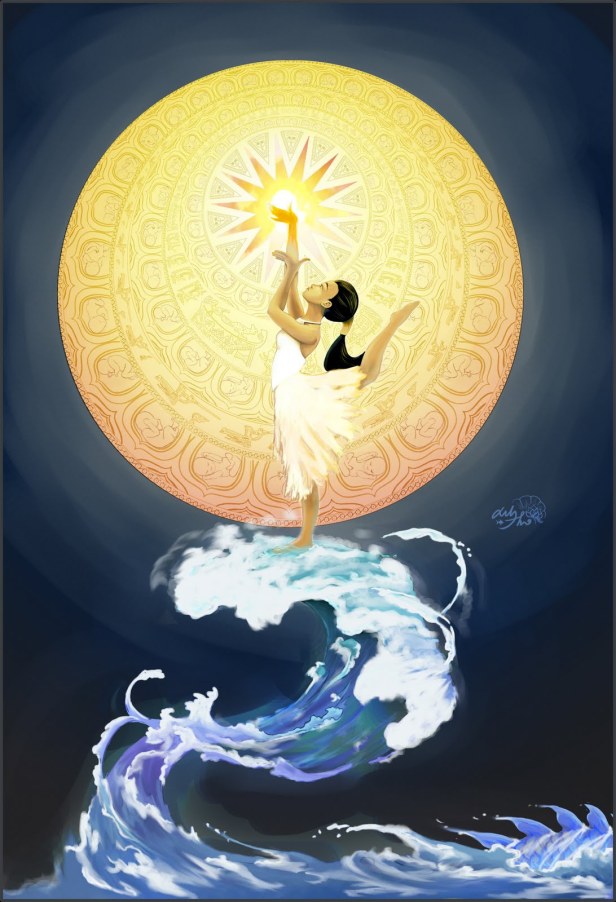 Long long ago there lived a dragon prince known as Lạc Long Quân.  All of his life he had spent in the underwater realm of his mother near the coast of Việt Nam. He grew tired of it, having seen all there was to see, so he asked his mother’s permission to explore beyond the ocean and learn new things. His mother agreed but reminded the prince that he would eventually have to return to the undersea realm that was his home and responsibility.

So Lạc Long Quân set out toward the nearby land.  During this time, there was a giant fish that terrorized the coastal waters of Việt Nam and it would eat anything that came into its territory. The fish had a body of a shark and a head of a dog and it was soooo big it could swallow a ship whole.

Now Lạc Long Quân, being a dragon prince, was very powerful and very kind. He knew he had to get rid of the monster to make the ocean safe. The sea boiled and raged for several days as they fought. Finally, Lạc Long Quân, wielding a flaming tree, lodged it into the monster’s mouth and cut off its head. The head landed among rocks and to this day, there is a mountain in Việt Nam called Dog Mountain, and it has the shape of a dog’s head.

The prince continued his journey onto land only to find that there was still much evil about. It was not long before he came upon a demon fox roaming the country. This demon had grown nine tails, each one an embodiment of its cunning and ferocity. It would go up and down the country, destroying anything at a whim. Lạc Long Quân tried to challenge the demon fox, but it was a wise creature and hid in its den, knowing that a dragon would be at a disadvantage under the earth. But Lạc Long Quân was also very smart and he called upon the river to rush into the fox’s den. Flushed out, the demon fox was furious but Lạc Long Quân was able to defeat the demon by cutting off its nine tails. These became nine major rivers in Việt Nam. 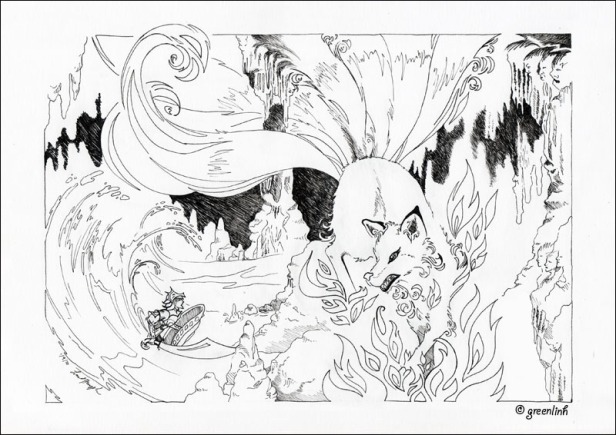 The coast and the plains were now safe places so Lạc Long Quân thought to climb up the mountains. He stood up there gazing down upon the beautiful land when he saw a white bird flying in circles, seemingly lost and exhausted.  It soon fell from the sky. Lạc Long Quân chased it down but when he came to the place where the bird would have fallen, he found there a young woman and realized that she must be a tiên from the mountain. She was Âu Cơ, and she had been flying to see all the beautiful mountains and rivers and beaches only to find herself lost.

The dragon prince by then was quite familiar with the land and its ways. He helped Âu Cơ in any way he could and it wasn’t long before they fell in love and Âu Cơ gave birth to a sac of 100 eggs. From those eggs hatched 100 little boys and girls. Lạc Long Quân and Âu Cơ gave them all different names. 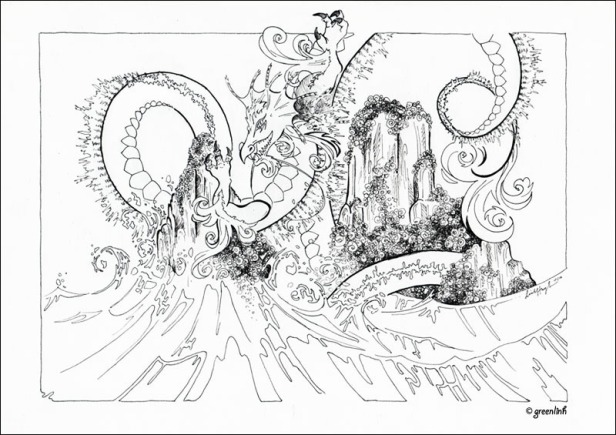 It is thus that the Vietnamese people are đồng bào (same sac), anh chị em of one đất nước, countrymen, brother and sisters of one land, whose home stretches from the Mountains and down to the Sea.